Mark R. Mandel, MD has been selected by hundreds of eye doctors and other physicians to perform LASIK, corneal transplant, and cataract surgery on themselves, their families, and their office staff.


As a sub-specialist Dr. Mandel has performed over 60,000 LASIK procedures and 20,000 cataract/IOL procedures. He has been serving Bay Area patients since 1983.


We are proud to offer state of the art technology for measuring the eye and performing the latest in advanced surgical techniques. Striving to achieve the best possible outcomes.


Graduate of Oxford University, UCLA School of Medicine, Fellowship trained cornea transplant and refractive specialist. Chosen by more surgeons to perform surgery on themselves and their families.

This breakthrough, computer-controlled, all-laser technology with its unique software provides Dr. Mandel with the highest technology, blade-free approach to creating the corneal flap for laser vision correction surgery. This results in unparalleled safety for the patient because no metal blade touches the eye, the flap edge is fashioned so as to create a tighter junction, and the bed and flap surfaces stick together more like Velcro thus achieving a firmer seal of the flap. Dr. Mandel customizes the corneal flap procedure according to each individual patient’s corneal anatomy. The patient may simply relax in comfort as the procedure is completed. Dr. Mandel, in association with Horizon Vision Centers is the only LASIK surgeon in San Jose and The Bay Area to offer two different femtosecond laser platforms – the IntraLase and the Ziemer Z-2.

Traditional microkeratome LASIK is a safe procedure. In fact, Dr. Mandel has successfully performed over 50,000 microkeratome LASIK surgeries. While the risk of complications in his hands is very minimal, all surgery carries some degree of risk. Now, an advanced laser technology is available that reduces the risk of complications to an even lower percentage. This is known as “all-laser LASIK” with the femtosecond laser to make the flap.

How is All-Laser LASIK different from conventional LASIK?

LASIK surgery is actually a 2-step process. First a flap of corneal tissue must be created and then folded back.  After creating a corneal flap with the femtosecond laser, Dr. Mandel is able to perform the laser vision correction treatment on the inner layer of the cornea by reshaping the cornea with the excimer laser using wavefront technology.

Traditionally, the surgeon creates the corneal flap with a hand-held mechanical device called a microkeratome, which utilizes a metal blade. This method is safe and has worked well over the years. However, the performance of these devices can be unpredictable. Although LASIK complications are extremely rare, this mechanical device is the most common source of reported intraoperative complications.

With the femtosecond laser, Dr. Mandel uses the precision of an FDA approved laser to create the corneal flap. This advanced technology puts unprecedented control in Dr. Mandel’s hands, and even allows him to customize the corneal flap for each individual patient. The advantage, in addition to the fact that no metal touches the eye, is that the edges of the flap created with the laser fit tighter giving the flap greater stability and the flap seals down to the underlying corneal bed more tightly making it more difficult to displace the flap months and years after surgery. 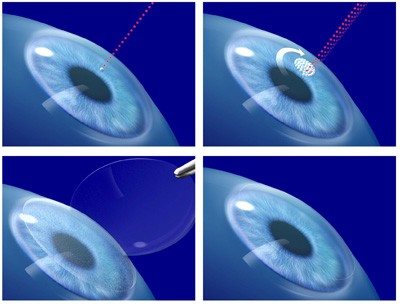 Yes. Because of the above, all-laser LASIK is considered by many to provide a safer approach to vision correction surgery. This is a result of the superior precision of a computer-controlled laser as compared to that of a hand-held mechanical device for creating the flap.

No, but the femtosecond laser reduces even further the already low risk of intraoperative complications reported with the traditional way of making the corneal flap.

The femtosecond laser was approved by the FDA and became commercially available in 2001. Dr. Mandel is among an elite group of leaders in ophthalmology who continually evaluate advanced technologies and adopt them into practice as soon as he is convinced that they are safe and effective.

Why is femtosecond technology more expensive?

Advanced technologies are more expensive for the surgeon and laser center to employ in their facility. Most patients agree that the added level of safety and assurance offered by safer technology is well worth the additional cost when considering vision correction surgery. In addition, OPTIMA offers a number of financing options to help you pay for treatment.

Sarah Lee shares her successful LASIK experience. Click below to enjoy her video.

Physicians and patients have traveled from all over the world to Mark R. Mandel, MD

If you would like to meet with Dr. Mandel to discuss your personal vision needs, please contact our office today to schedule a consultation. 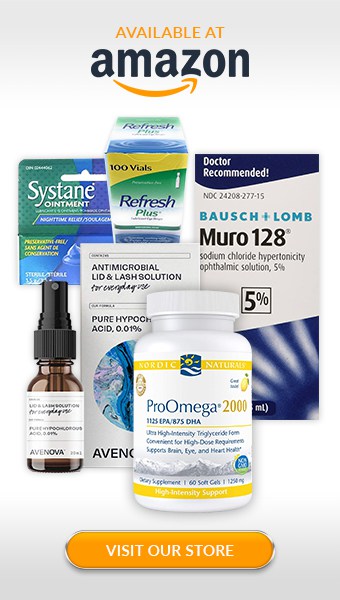 Dr. Mandel and his team of professionals offer a complete continuum of general eye care services to accommodate every patient’s needs — whether those needs are as simple as a routine eye exam, or as complex as laser vision correction.